I started collecting stamps when I was 8 years old in Paoli, Pennsylvania. Three different stamps came on the mail that day. When I asked my mother why, she told me about stamp collecting. My grandfather had tried to interest her in the hobby but it didn't take. However my mother remembered enough to spark my interest. My grandfather had sold most of his stamps during the Depression but still had his blue Ivory Stamp Club Album and some approval stamps from Tannu Tuva. I loved learning about dead countries from that time on. I have traveled the world by way of my stamps, learning about history and different cultures. Although there have been periods of my life that I have had to put my stamps away, mostly when I was going to school, they have always called to me to come back and collect some more. They have been a constant in my life through many changes and still provide me with hours of entertainment today.

In 1986, I became a dealer on a part time basis doing mostly local club shows in the Washington DC area. In those days I could easily find 10 shows of that type a year. I relocated to the MidWest in 1991 but didn't start doing shows again until 1998 with the encouragement of the late Jamie Schwartz. Again I did mostly local shows until I relocated to New Mexico in 2000. I resumed dealing with monthly shows in Phoenix. I was at the first NewMexPex in 2005 and did Aripex as a new dealer as well. Career changes caused me to move to Kansas again in 2007 so I resumed dealing at Midwest shows mostly in Hays and Wichita. After retiring in December 2015, I moved back to my home in Gallup, New Mexico. I am now doing shows full time and have been traveling across the country participating in some of the larger shows. I have most recently done shows in Reno (APS), San Antonio, Houston, and Milwaukee. I have also done ROMPEX, Milcopex, ChicagoPex, and NewMexPex among others. Please see my show schedule for my current upcoming shows! 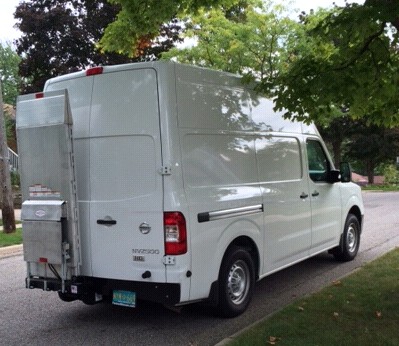 I am a member of APS, NSDA, ATA, TSDA, and MSDA. I am the Southwest regional director for the NSDA and am always looking for new dealers to recruit!

I specialize in "dead countries", as well as worldwide pre-1940 stamps, colonies, offices, and topicals. I use a 8.5" high roof van to carry cabinets 65" tall, 36" wide, and 18" deep to shows to enable me to set up more quickly and easily. I have recently started selling on the web and look forward to the new venue. Thank you for your interest!